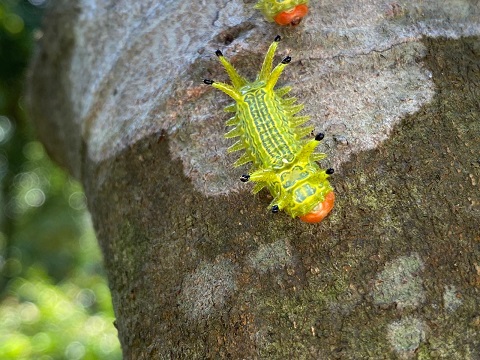 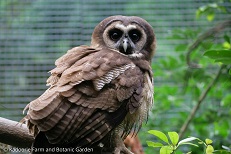 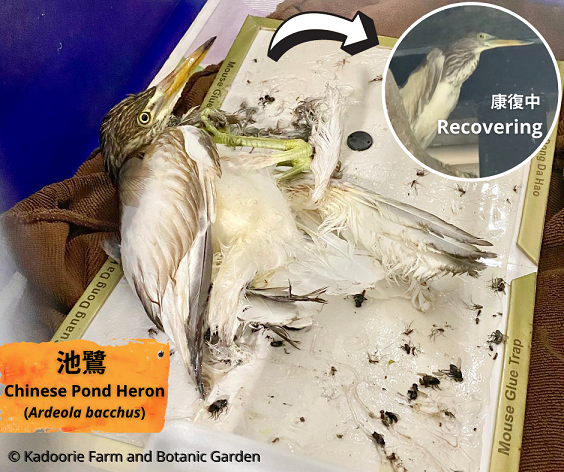 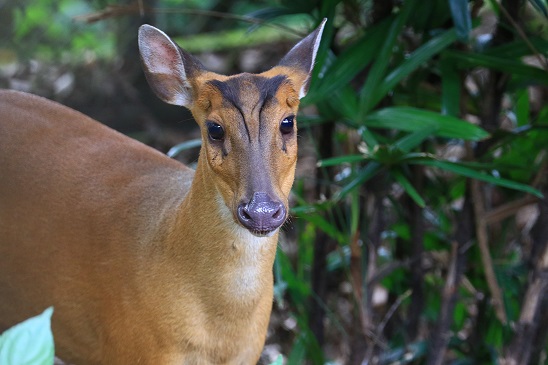 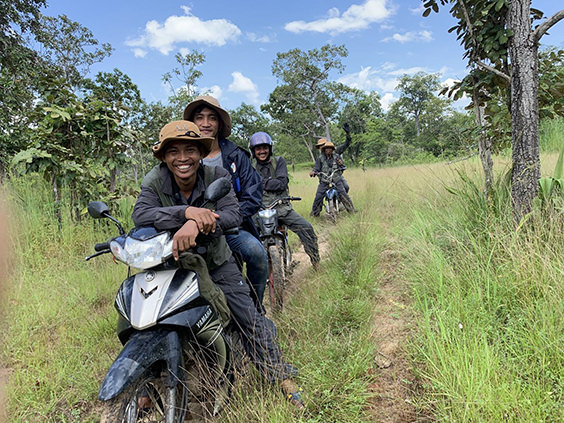 What to do if you encounter a wild snake?

When you come across a wild snake, misunderstandings and improper behaviour can put both you and the snake in danger. Therefore, it is important to learn more about snakes and understand some safety measures that can be employed when encountering a snake.

Snakes are more active in summer and autumn. According to records from the Wild Animal Rescue Centre (Rescue Centre), an average of 75 snakes were received each month from May to October between 2004 and 2014. A wide range of snake species were received, including both venomous and non-venomous species. During these seasons, people usually participate in more outdoor activities, such as hiking, which increases the chance of wild snakes encounters.

Hong Kong is home to more than 50 snake species. Most of them are harmless and will only become aggressive when threatened or cornered. From our records, the following five species are the most common snakes received. 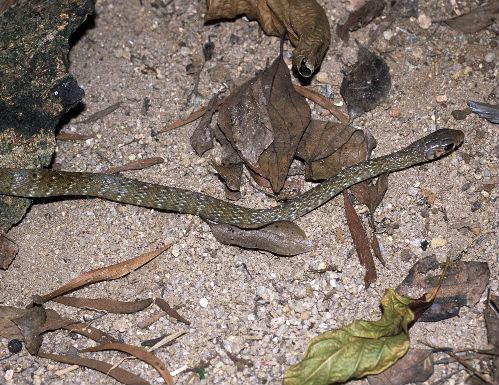 Appearance:
Light brown with subtle crossbar striping.
Threat to humans:
Non-venomous species, but will bite and lash out if caught. 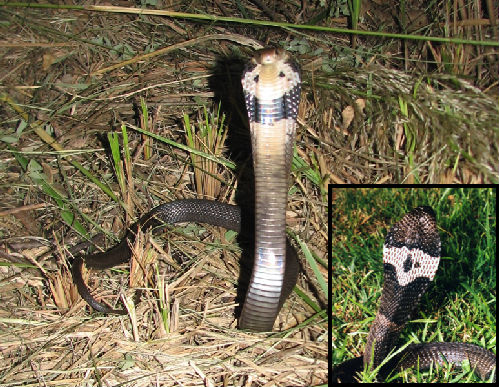 Appearance:
Usually black, grey, brown or rarely golden in colour.
Threat to humans:
Venomous. When defending, will rise up and strike downwards. Immediate medical attention should be sought if bitten. 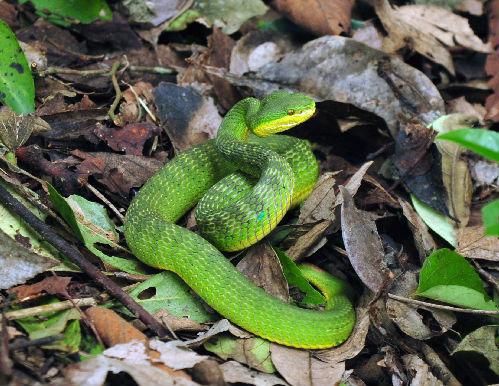 Appearance:
Triangular-shaped head. The dorsal side is green and ventral side is yellow. Males have a thin white line along the junction of lowermost lateral scales. Pink end to tail.
Threat to humans:
Venomous. Extremely painful bite but rarely causes death. Medical attention should be sought if bitten. 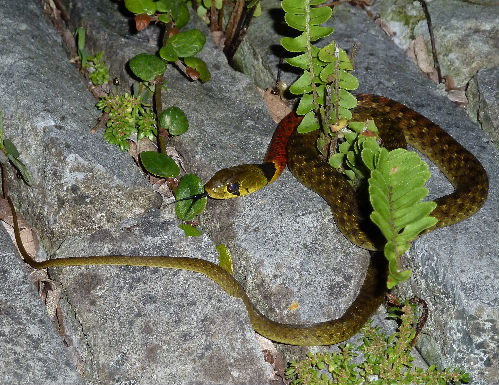 Appearance:
Olive green with a bright red patch just behind the head.
Threat to humans:
Venomous but not aggressive. Venom is only injected through the back teeth - making serious bite cases rare. 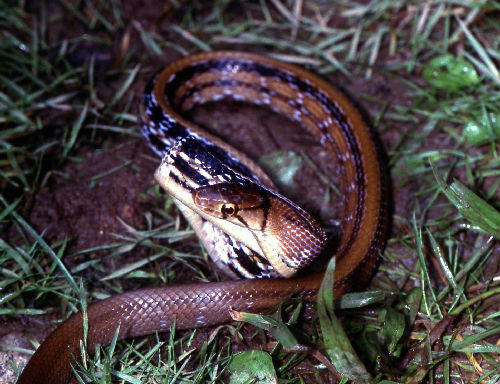 Appearance:
Brownish, yellowish or greyish, with 4 black stripes broken into streaks on the neck and distinct on anterior half of body.
Threat to humans:
Active and fast moving. Will strike and bites when handled. Non-venomous. 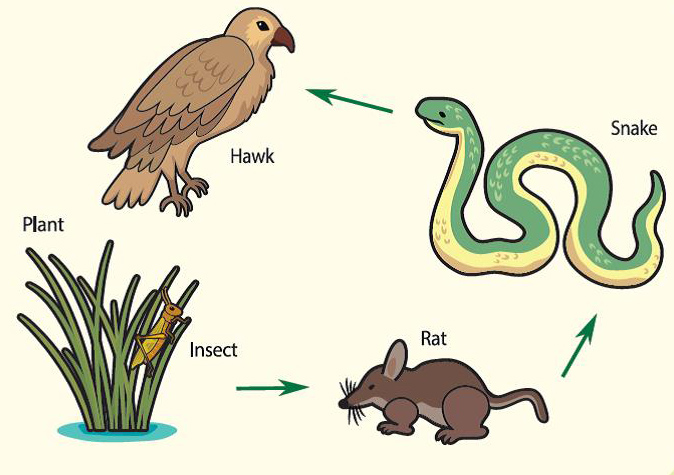 Snakes play an important role in the ecosystems. They make up a significant proportion of predators in food chains that balance our natural ecosystems. All lives in nature are linked in a food chain. Killing one species has a direct and indirect influence on others. Therefore killing or injuring is not a good way to treat a wild snake. Moreover, angering a snake may even lead to being bitten.

3 Good Things You Should Know about Snakes:

Under normal situations, snakes are scared of human beings and will not attack intentionally. Here are some suggestions to avoid conflict with snakes.

The Wrong Way to Meet: 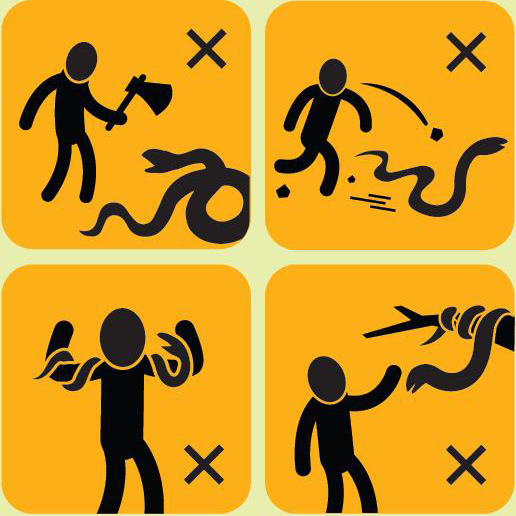 Please do not attempt to handle the snake by yourself, as inexperienced handling may cause unnecessary suffering to the snake and injuring to yourself.

The Right Way to Meet:

(If possible, someone in the vicinity should observe the snake until the Police arrive. They will remove snakes from private and public premises)

What to do if you are bitten by a snake?

✓ Move away from the snake to avoid being bitten again

û  Try to capture the snake

û  Drink caffeine or alcohol, which could cause your body to absorb the venom faster

KFBG established a conservation project with the AFCD and the Hong Kong Police in 1999. Any stray or nuisance snakes that the Police have been alerted to are captured by a local ‘Snake Catcher’ and sent to the Rescue Centre. Native snakes are released to the countryside after a general health assessment. The project reduces the number of stray snakes in urban areas and enhances the safety of Hong Kong citizens. It also helps to relocate native snakes back to the wild and maintains the balance of the ecosystem.

When facing wild snakes, fear and violence will not help. Respect nature and enjoy the encounter experience.

If you have any enquiries, please contact us at fauna@kfbg.org.