The deforestation of Hong Kong made survival particularly difficult for many mammal species. This situation is now improving due to local conservation efforts. But mammals in the region still face a threat from road kill, urban development and the illegal food and pet trade.

Leopard Cat sisters, Chomel and Manis, are descendants of Leopard Cats which were rescued in Malaysia and transferred to Singapore Zoo. In 2015, they were donated to KFBG for educational purposes. They belong to the same species as the wild cats found in Hong Kong.

Bo Zi the Masked Palm Civet was rescued from Tai Hang in Hong Kong, but unfortunately cannot be released due to permanent injuries. 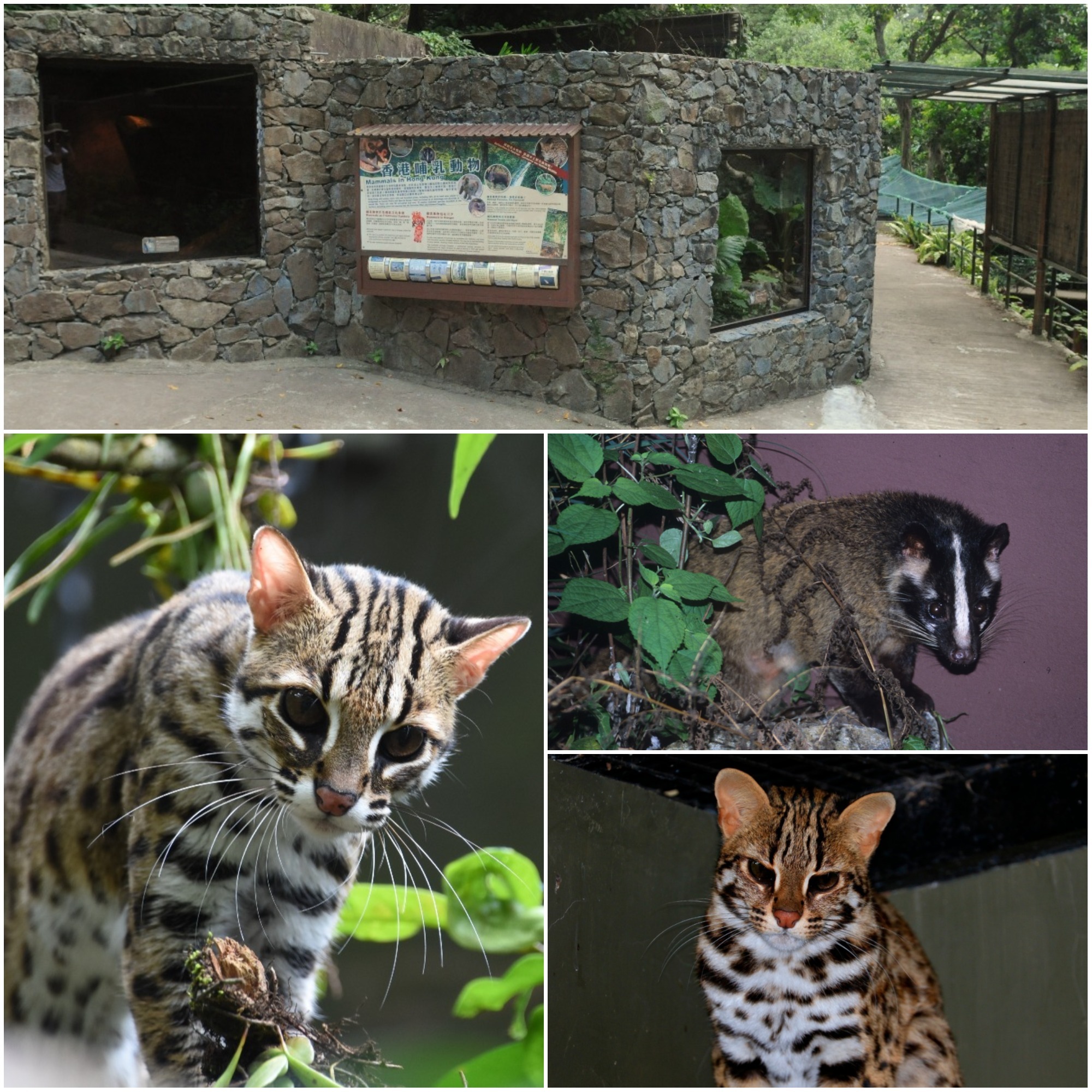