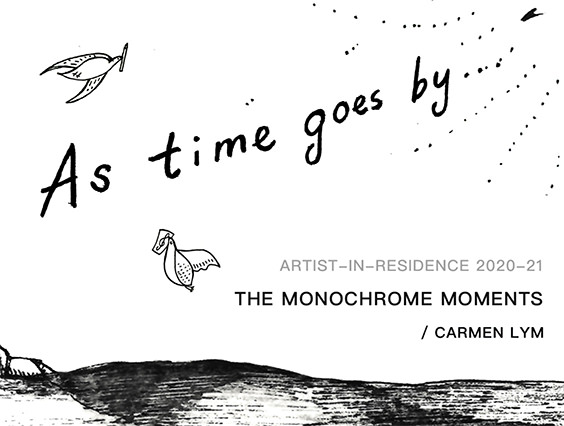 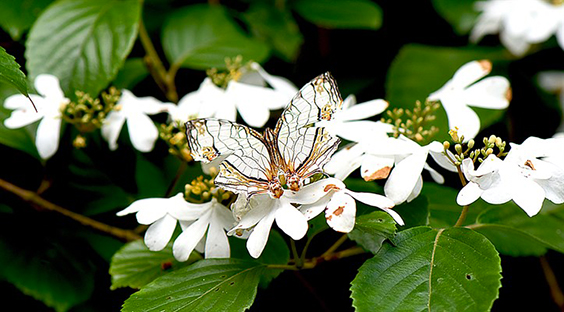 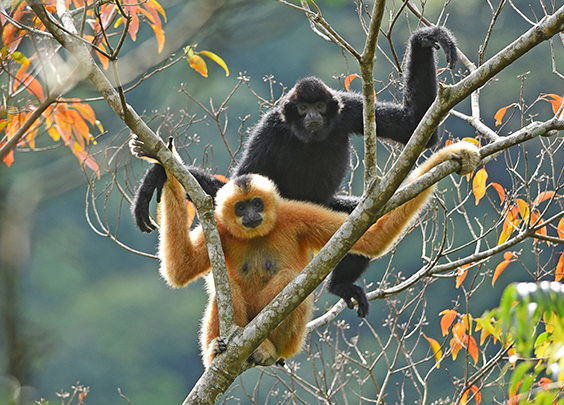 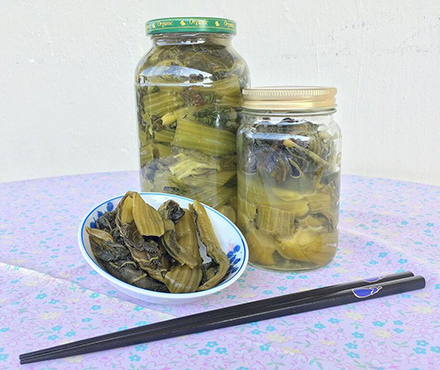 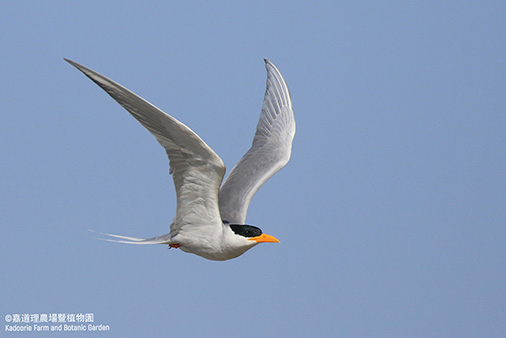 (HONG KONG, 14 June 2019) Kadoorie Farm and Botanic Garden (KFBG) Wild Animal Rescue Centre (Rescue Centre) received its 50,000th animal, a native Burmese Python, on 22 May 2019. The Python marked a milestone for the rescue work which also celebrates 25 years of operation. The event was held on today. The rescue work has played an important community role in assisting native wildlife in trouble and also supporting the enforcement work of the authorities by providing captive and veterinary care for illegal wildlife seized in Hong Kong.

Just in one year (2018) the Rescue Centre received 3,692 animal cases. The work of the Centre would not be possible without the collaboration with our key partners, namely the Agriculture, Fisheries & Conservation Department (AFCD), SPCA and HKSAR Police. Representatives of these organisations were also guests at the celebration.

We have been seeing a growing trend in the numbers of wild birds and wild snakes received, probably because more urban encroachment has been occurring close to countryside areas and also because the local citizens are more aware about rescue procedures. Approximately 50% of the animals received are released or rehomed. Native animals are returned to the wild in appropriate habitats to provide the best chance of their post-release survival. Exotic or disabled animals that cannot be released are cared for until a permanent conservation facility can be located. Last year, we also worked with the Indonesian government on a large-scale repatriation of 595 Pig-nosed Turtles. The turtles travelled all the way to West Papua and were successfully released into the Digul River, which is within the species natural range.

The milestone event was held today at the KFBG Reception Plaza. A rehabilitated Collared Scops Owl was released by the KFBG Chairperson, Mr. Andrew McAulay, to celebrate the occasion. Historical photographs and news clippings of the Rescue Centre’s work were also exhibited.

“The rescue programme was at the heart of the science-based nature conservation programme that we developed. It was part of the new mission of the Farm”, said Mr. Andrew McAulay, Chairperson of KFBG. “KFBG’s work not only benefits wildlife but also the public at large. The 50,000th animal received that we are celebrating today, a Burmese Python, embodies exactly the importance of KFBG’s work on the rescue and rehabilitation of wild animals in Hong Kong”, said Mr. Simon Chan, Assistant Director (Conservation) of AFCD.

“This is also a time to celebrate the role individual people and partners have played, enabling the milestone to be reached – a milestone that has seen thousands of animals given a second chance in the wild or play a key role in conservation programmes around the world”, said Dr. Gary Ades, Head of Fauna Conservation Department of KFBG.

The 50,000th arrival was a beautifully marked juvenile Burmese Python (Python bivittatus). It was captured as a stray in Tai Po Industrial Estate and delivered to the Rescue Centre on 22 May 2019 by the Tai Po Police. The python which was just over 1 year old was healthy on arrival and was promptly released back to the wild in a more suitable environment than where it was discovered. To mark this special occasion for the organisation, the python release was attended by the KFBG Board Chairperson Mr. Andrew McAulay, whose efforts in the 1990s to develop wildlife rescue work at KFBG have enabled this milestone to be reached. After release, the python moved slowly into the undergrowth and disappeared into nearby water.

KFBG Wild Animal Rescue Centre is the only non-government wildlife rescue centre operating in Hong Kong under a special license from the Director of AFCD. The Centre includes a veterinary hospital, quarantine facilities, animal holding enclosures, rehabilitation facilities and pre-release conditioning and exercise facilities. Veterinary services are also provided for livestock under the Sustainable Living and Agriculture Department. 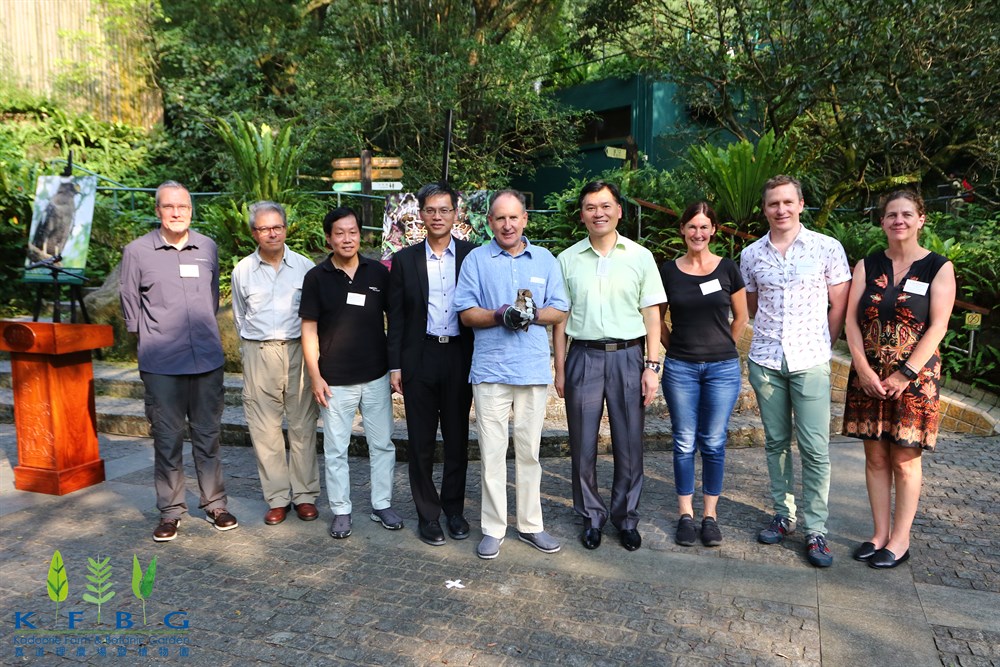 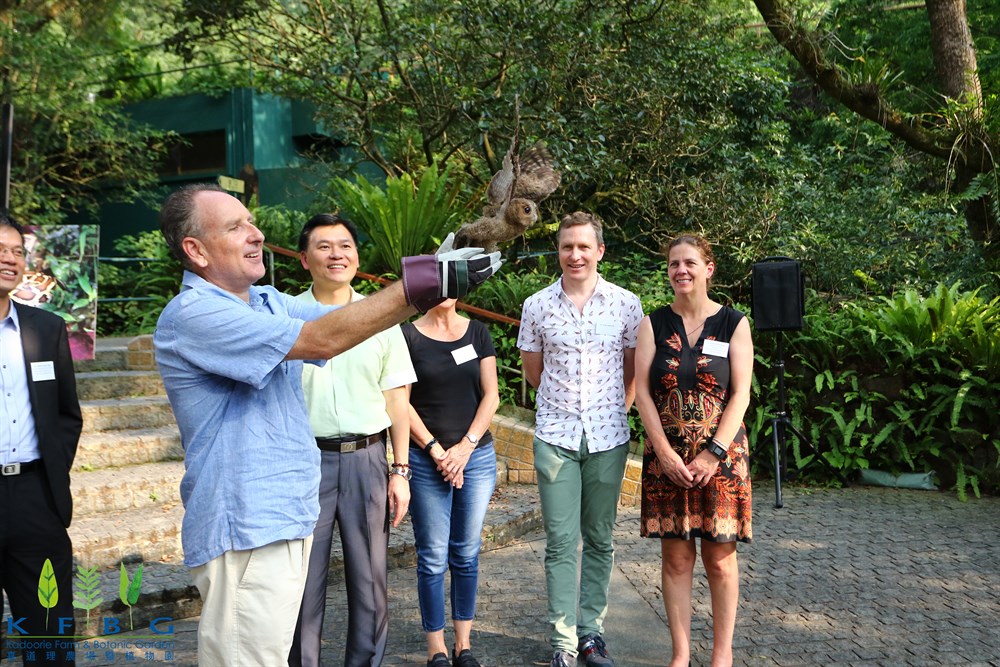 Andrew McAulay, Chairperson of KFBG, releases the rescued Collared Scops Owl back to the wild, watched by the guests.