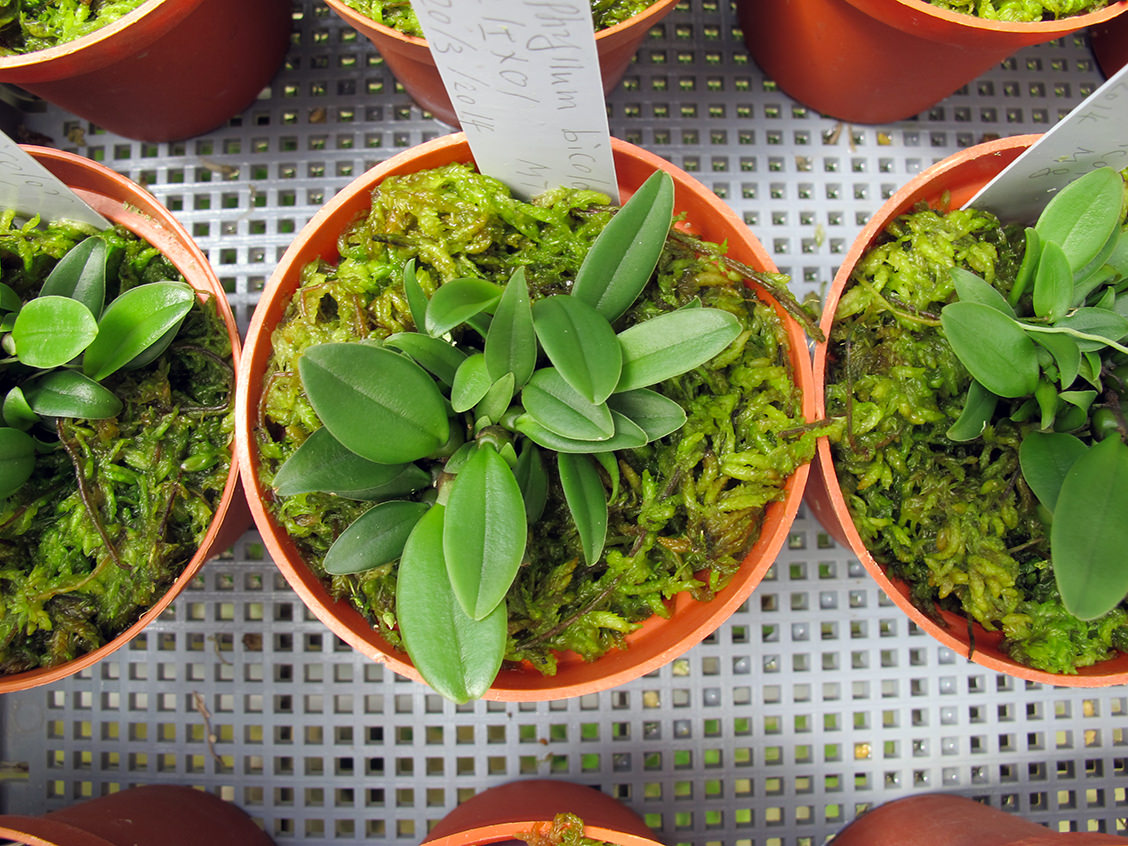 Bulbophyllum bicolor is a perennial epiphytic or lithophytic orchid with a restricted range in South China, northwest Vietnam and northeast Laos. It is one of 135 species of orchid native to Hong Kong. Globally, the species has been recorded at only 14 locations, two of which have since been extirpated and nine of which occur in Hong Kong. The species is threatened by poaching and habitat degradation, and observations in Hong Kong have revealed total reproductive failure.

Given the global importance of the Hong Kong populations for species conservation, KFBG identified B. bicolor as a priority for conservation action and commenced integrated research in 2012, aimed at elucidating the species’ ecological, horticultural and conservation requirements so as to safeguard all remaining populations from further decline, secure a genetically diverse ex situ assurance collection and restore ecologically viable populations in the wild.

Our work has shown that B. bicolor is self-incompatible and therefore incapable of producing seeds through self-pollination. In the wild, the species is dependent on a specific Dipteran fly for pollen transfer between different plants, but because its populations are isolated and mostly comprise just a single individual, opportunities for fruit-set are practically non-existent.

Through hand-pollination and micropropagation, we have raised a new generation of genetically diverse offspring in our nurseries. Trials conducted at KFBG suggest that these seedlings are readily established onto rocks and trees in forest on our hillside. We are now working with the Hong Kong SAR Government towards reintroduction of plants back into the wild.