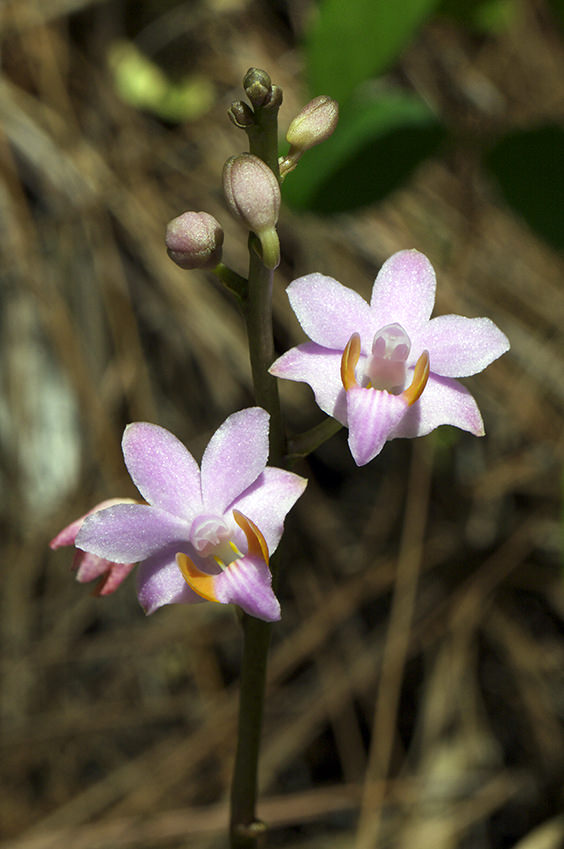 Phalaenopsis pulcherrima is a perennial lithophytic herb and a wild relative of the hybrid moth orchids commonly found on sale in florist shops the world over. Despite being widespread throughout much of tropical Asia, the species has a very scattered distribution with few confirmed populations, some of which are known to have been extirpated. Throughout its range, the species is threatened by collection for the ornamental plant trade and by habitat degradation. In China, P. pulcherrima occurs only in the south of Hainan Province, from where it is known from only six populations.

Following the collection of open-pollinated capsules from a natural population in Bawangling National Nature Reserve and micropropagation of their seeds, over 1700 seedlings were prepared for reintroduction into three new host sites in 2017. The seedlings were affixed to bare rock surfaces using a non-toxic bond and monitored for two years. Approximately 800 reintroduced plants survived, effectively doubling the known population of the species in China. The observed survivorship rate compares well with that reported in other published orchid reintroduction studies conducted worldwide, and confirmation of flowering and fruiting among reintroduced plants bodes well for population viability going forward.