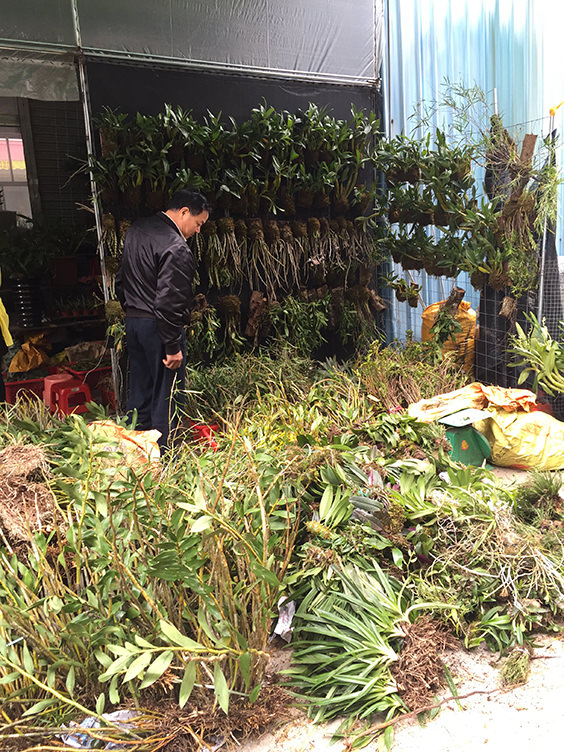 Demand for wild orchids and their derivatives continues to grow unabated in China and neighbouring countries of the Indo-Burma Biodiversity Hotspot. Plants are collected for use in Traditional Chinese Medicine (TCM) and for horticulture, and by some estimates, over-extraction now constitutes the single greatest threat to their survival in the region.

Our surveys of markets selling wild-collected ornamental orchids across South China, including Hong Kong, suggest that up to 440 different species and more than 1.2 million individuals are involved each year, and that this trade is worth over US$14.6 million. In the context of declining populations of many native orchids in the region, this trade is unlikely to be sustainable. Moreover, wild-collected orchids are consistently priced significantly cheaper than nursery-grown ones, exploiting an innate consumer preference for relatively inexpensive plants. This suggests that without tighter supply-side regulation, traders could push species to extinction. It also indicates that awareness-raising amongst consumers is critical to encourage a shift in demand away from wild-collected plants.

KFBG’s orchid specialists also monitor orchid trade in Lao PDR. Our work has shown that supply chains have the capacity to impact natural areas far removed from the eventual point of sale. The array of wild collected orchids commonly seen on sale in Hong Kong, for example, indicates that plants are being sourced in southern Yunnan and neighbouring countries. Some of this trade is in breach of the Convention on International Trade in Endangered Species of Wild Fauna and Flora (CITES), which regulates cross-border trade of all orchid species.