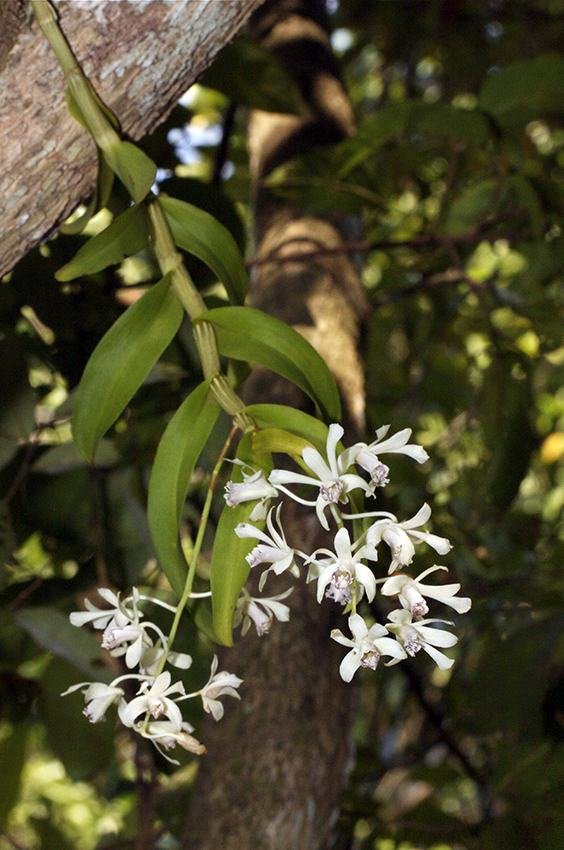 The Lao People’s Democratic Republic (commonly referred to as Laos) is a land-locked country that lies at the heart of the Indo-Burma Biodiversity Hotspot in the seasonal Asian tropics. The country shares an extensive border with Thailand to the west and Vietnam to the east, and has shorter stretches adjoining Myanmar and China to the north and Cambodia to the south. Laos is the least densely populated country of the hotspot but accounts for 10% of its total area. The country is predominantly mountainous, especially in the north and through the central Annamite Range, but its terrain also incorporates large swathes of lowland plains and upland plateaus; its tallest peak rises to 2817 m above sea level. Virtually the entirety of the country lies within the Mekong’s lower drainage basin.

Tropical lowland and montane forests clothed almost all of Laos prior to human impact but slash-and-burn agriculture, commercial forestry and subsistence-level extraction of forest products have transformed the country’s vegetation. The modern mosaic of isolated primary forest fragments set in a landscape of modified woodland in various states of degradation or succession presents a challenge for conservation planning, with conversion of remaining natural areas to other land uses continuing apace. With around 700 confirmed species, the orchids are the country’s most species-rich family of flowering plants, but many have suffered precipitous decline as a result of deforestation and collection for the horticultural and medicinal plant trades.

This project seeks to compile a comprehensive checklist of the orchids of Laos through nationwide botanical surveys and the associated collection of living material for cultivation in the purpose-built Lao National Orchid Conservation Nursery and of voucher specimens for taxonomic study in the Herbier National du Laos (HNL). Importantly, KFBG’s botanists are working with staff in Laos’ Ministry of Science and Technology to identify those species and habitats most in need of protection. This involves training of our local counterparts in horticulture, taxonomy and conservation, and conducting research to build understanding of the distribution of orchid richness and of the various threats the species face.