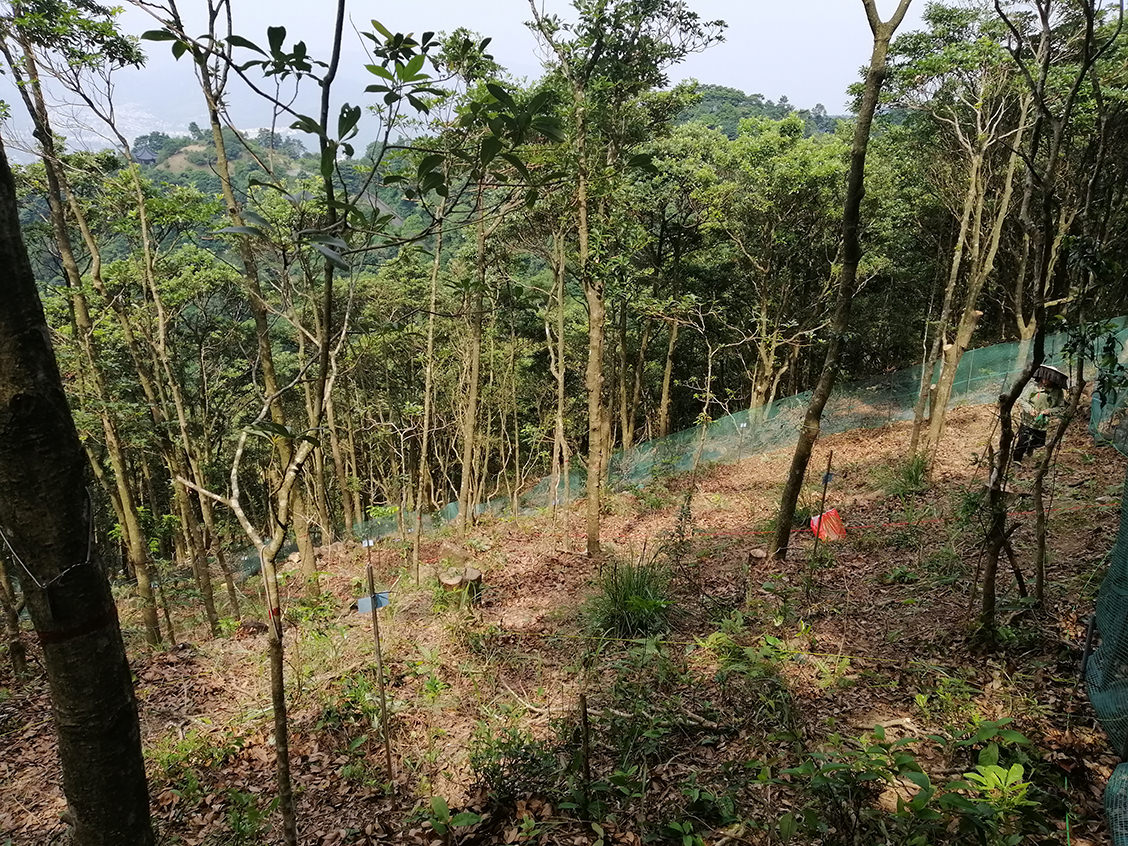 The natural landscape of Hong Kong is dominated by secondary plant associations. Analysis of aerial photos of the summit of Tai Mo Shan, for example, indicates that forest occupied only 0.2% of the total area in 1945. Since then, significant natural regeneration has occurred almost entirely from a surviving patch of forest that was restricted to a remote ravine.

Despite their verdant appearance, Hong Kong’s secondary forests contain only a fraction of the species diversity of the primary forest that came before them and they typically exhibit a very much simplified structure. The secondary forests of Tai Mo Shan that have regenerated on eroded soils and open grasslands, for example, are almost entirely dominated by just a handful of species, notably Machilus checkiangensis, M. pauhoi and M. brevifora. A great many other species are absent from the canopy. The dense evergreen canopy of these more-or-less monodominant stands cast such deep shade that very species can grow on the forest floor beneath. This means there is no emerging understorey of seedlings waiting to diversify the species pool. Effectively, natural succession has reached a ceiling.

In addition to the extreme light and soil conditions within these secondary forest, this situation can be explained in terms of very significant barriers to dispersal that restrict the spread of many later succession forest species. The absence of natural dispersal agents, such as birds and mammals, in the degraded secondary forests means that very often there are simply no animals around to feed on and carry off their seeds and fruits.

To shed light on these barriers to forest recovery and the means by which they may be circumvented, KFBG established a series of Experimental Enhancement Plots in early (ca. 20-year old) secondary forest on our upper hillside. Sixteen 20 ⨯ 20 m plots were delineated in 2019, each further divided into 16 5 ⨯ 5 m subplots. Within these subplots, every tree with a girth of 5 cm or more has been tagged and identified. The existing Machilus canopy was opened up by 70% by pruning/removal of multitrunked, sick or typhoon damaged trees, and the crowns of the remaining trees were pruned to allow light to penetrate to ground level.

Since 2019, thousands of seedlings have been planted, and their performance is being monitored together with key environmental variables. Analysis of the growing dataset will allow our researchers to identify factors affecting understorey development during forest succession. The findings will guide our ongoing forest restoration programme.