The Fauna Conservation Department commenced the Wild Snake Rescue Project in 1999 to mitigate human-snake conflict by providing an end point for snakes captured following Police force call outs in Hong Kong. Snakes received are given a health assessment and then released back to the wild if uninjured. The Burmese Python Conservation Project operates alongside the Wild Snake Rescue Project and was formally launched in partnership with AFCD in January 2011. The primary aim of this project is to facilitate the release of the native Burmese Pythons back into Hong Kong’s countryside following removal as the result of human-python conflict. Burmese Pythons are the only protected snake species under the Wild Animals Protection Ordinance (Cap. 170) in Hong Kong. Prior to the Burmese Python Conservation Project, the mitigation process would result in all captured pythons being sent to the CITES Management Authority in Shenzhen to be released in forests in Mainland China.

Each year we receive between 130-200 Burmese Pythons at KFBG. Health checks are carried out on all snakes soon after their arrival to discover whether any injuries were sustained before or during capture that needed attention. Most of the snakes are found to be healthy and over 95% of Burmese Pythons can be released back to the wild in suitable habitats in Country Parks. Before release we record important details about individual snakes including capture locality, weight, length and gender. We also microchip using PIT tags provided by AFCD. These microchips allow us to determine if an animal has previously been captured, which may provide insights into their behaviour post-release as it allows us to find out how far a python has travelled from its previous release site before recapture. 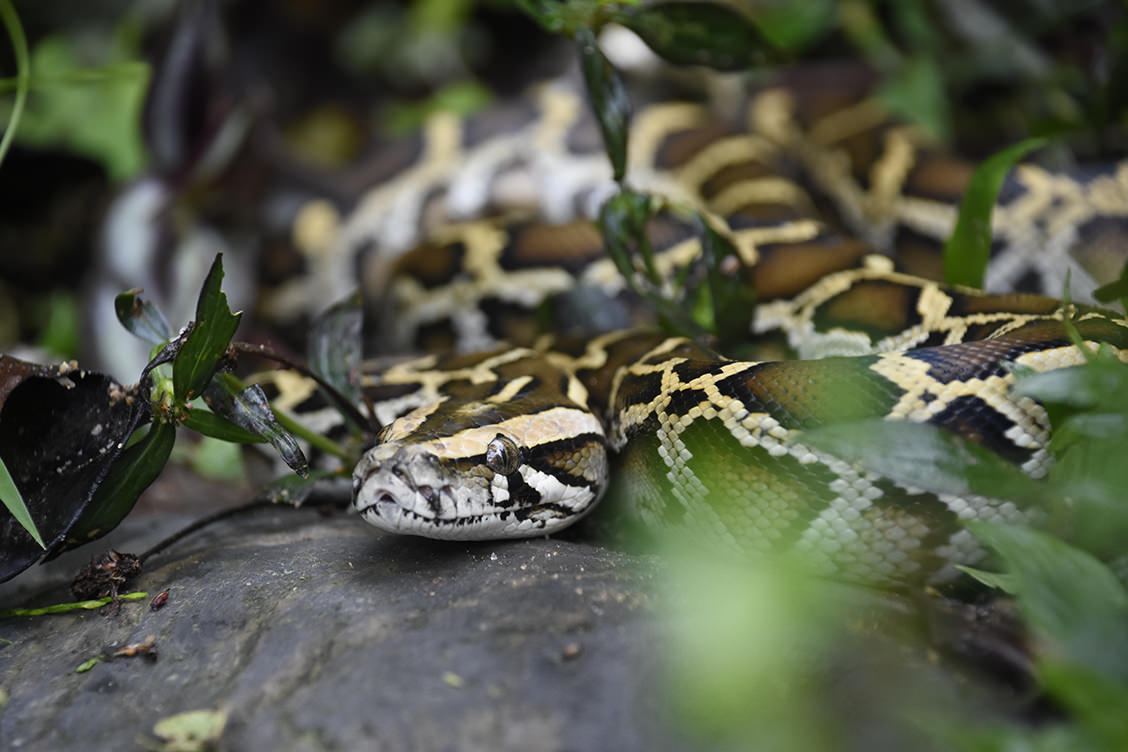 Many of the pythons we receive are below 2m in length (approximately 60%) and there are no reports of anyone being killed or seriously injured by a Burmese Python in Hong Kong. Pythons, however, are known to take livestock and there are several records in Hong Kong of pet dogs, cats and livestock being predated by pythons. Burmese Pythons are internationally protected under CITES and by local ordinance in Hong Kong. It is the only native python species and is the territory’s largest remaining predator. Although a widespread species in Southeast Asia, Hong Kong possibly has the healthiest remaining population in southern China due to its protected status locally and protection within the Country Parks system.

This project has seen a gradual increase in numbers of Burmese Pythons received with 146 received in the year 2011 and 245 received in 2019. The semi-natural habitats (sub-tropical secondary forest and lowland wetland) in Hong Kong SAR support diverse snake fauna and the incidence of snakes straying into human habitation is fairly high in Hong Kong. This is due to high human densities close to natural areas, encroachment of wild habitats and the existence of a fairly robust snake population in these habitats. Also, domestic animals such as cats and dogs, plus rodents associated with refuge areas, will also attract snakes such as pythons. It is also possible that since the border transfer practice ceased, release of Burmese Pythons into Hong Kong’s Country Parks and Special Areas has allowed the local populations to become healthier and more robust.