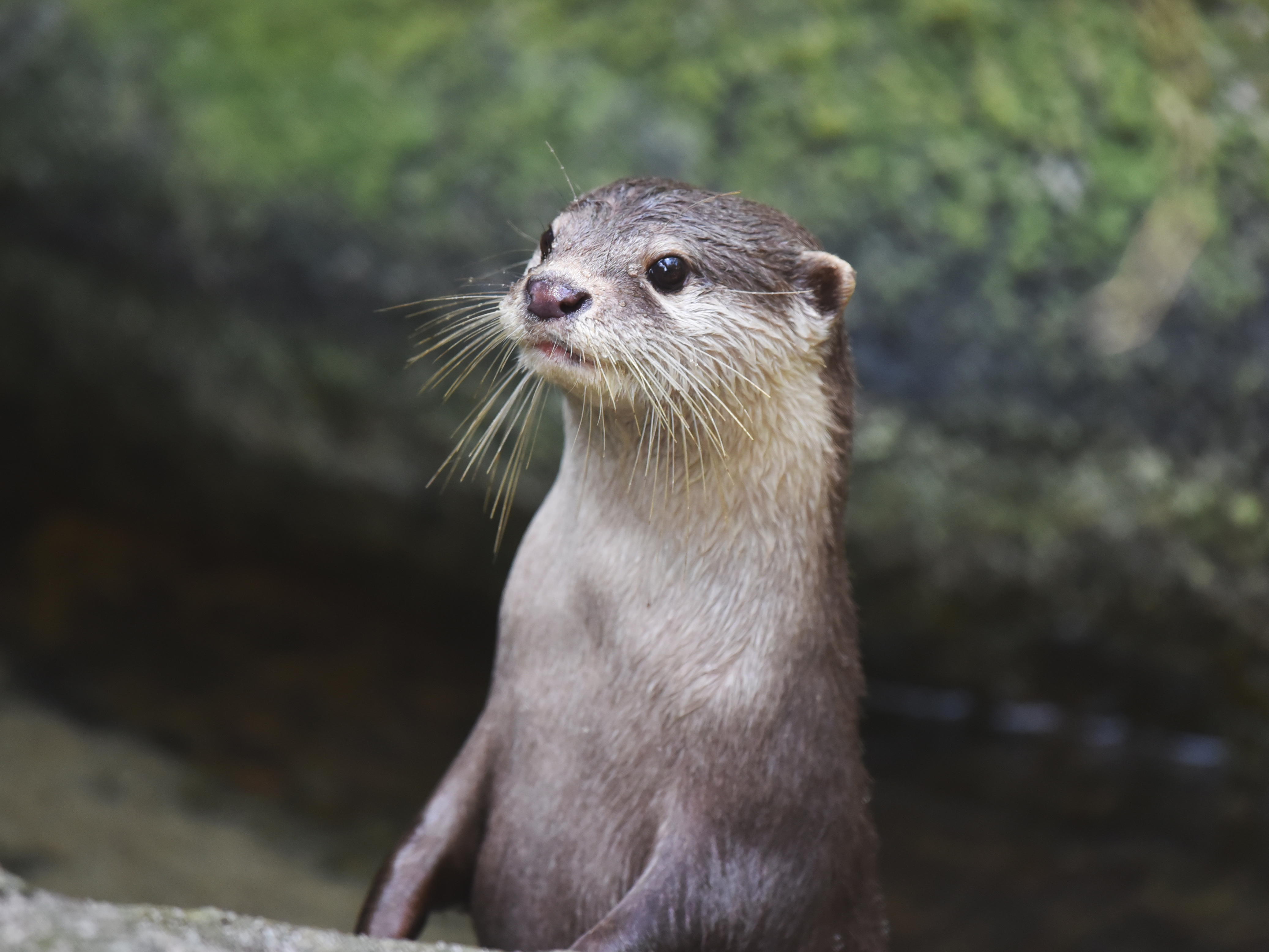 Characteristics and distribution: The world's smallest otter species; restricted to the tropical and subtropical regions of China. Three species of otters are native to China. Historically, otters in China were hunted for fur and medicine, and eradicated as an aquaculture pest. Due to these human threats together with habitat loss, the otter populations have undergone a dramatic countrywide decline in the past several decades, and are extirpated over much of their former ranges. Even though all three species are listed under Class II on China’s List of State Key Protected Wild Animals, and categorised as Endangered on China’s National Red List, there has been little targeted conservation measure or research.

Otters are top predators in many freshwater ecosystems and serve as indicators of healthy aquatic environments. The otters that survive in certain well-protected sites could act as source populations for recolonisation if adequate conservation interventions are implemented. Urgent, focused action is needed to protect the remaining populations, and to study the taxonomy and ecology of China’s otters.

To understand the past and present distribution of otters in China, since 2012, the Kadoorie Conservation China Department (KCC) collected data using field survey, camera trapping, reviewing literature and specimen collections, assessing government wildlife trade records, and interviewing zoologists and local people. The results showed that otters were once abundant in many provinces before the 1980s, but has declined to a mere 19 sites in recent years. Relict populations persist in well-protected nature reserves, in sparsely population headwaters of the Qinghai-Tibetan Plateau, at remote sites along international borders, and in densely populated deltas and floodplains. Recent records were mostly of the Eurasian Otter, and there has been no confirmed recent record for the Smooth-coated Otter.

We obtained rare images of the Asian Small-clawed Otter in Yunnan’s Yingjiang in 2016, and after we discovered otters in Diaoluoshan of Hainan in 2017, we established the country’s first Asian Small-clawed Otter monitoring team to monitor and protect the dwindling population. Based on our effort and expertise in otter conservation, we partnered with the IUCN SSC Otter Specialist Group and Sichuan Tangjiahe National Nature Reserve to convene the 14th International Otter Congress in 2019, in which over 100 delegates from some 30 countries/regions gathered to share experience in otter conservation and research.

The Pearl River Delta, including Hong Kong, is home to a remnant population of Eurasian Otter. So, in 2020, we launched an otter study in Hong Kong aiming to uncover the otters’ spatial and temporal changes over a century, update its current distribution and population size, and identify major threats in this international metropolis. We also partnered with WWF-Hong Kong to conduct long-term monitoring and research on the otters of Mai Po Nature Reserve, which supports the only known breeding population in Hong Kong. We hope that by providing conservation recommendations and raising public awareness, the otters in Hong Kong can survive and thrive.

Otters’ identity revealed in their stools

A general introduction of the three otter species in China

Why are otters being overlooked in China?

Study shows that China’s otters are in dramatic decline