Illegal Wildlife Trade (IWT) is threatening all eight pangolin species with extinction. The decline of wild pangolin populations is likely to bring significant disruption to the ecosystems of which they form a part. By applying DNA forensic techniques, we hope to identify species in trade and their origin, and thereby assist law enforcement agencies in disrupting the supply chain. 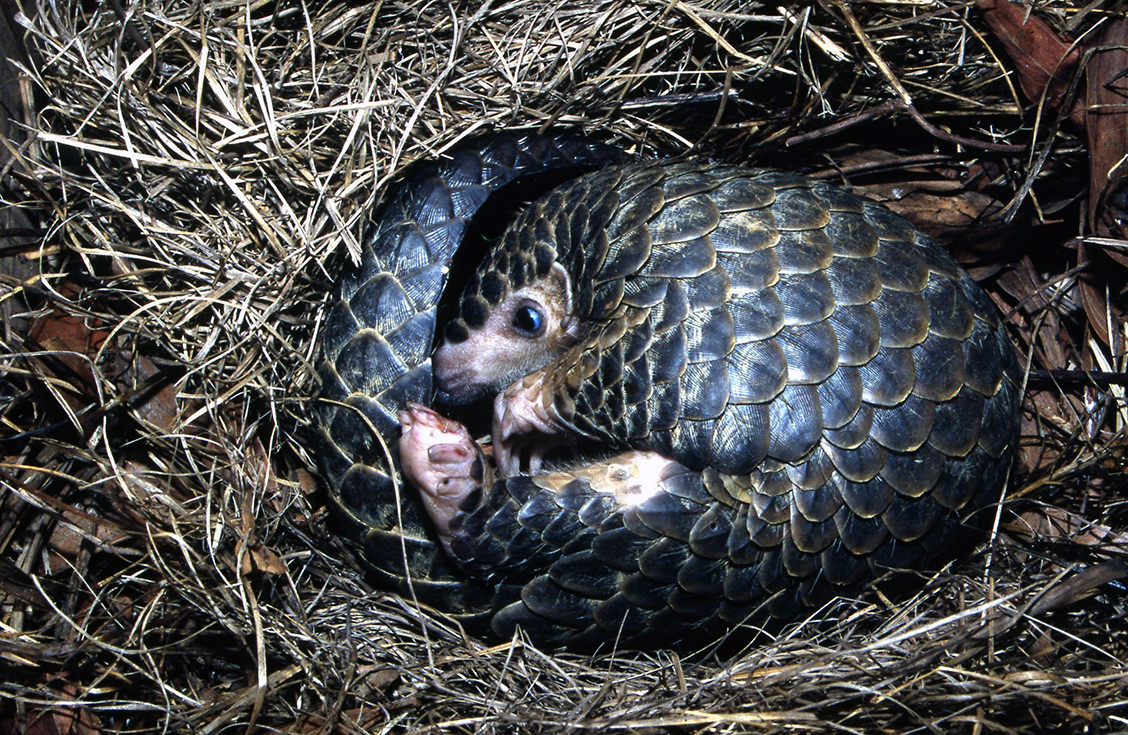 IWT has become a major threat to biodiversity. Sadly, thousands of different species are poached from their habitats every year and illegally traded internationally. The most widely trafficked mammal is the pangolin. Pangolins are special mammals that are covered with protective scales and which feed mostly on ants and termites. Four species occur in Asia and four in Africa. They are hunted for their meat, but also for their scales. In Traditional Chinese Medicine (TCM), it is believed that pangolin scales provide a range of health benefits, such as pain alleviation. However, a medicinal effect of ingesting the scales has never been scientifically demonstrated. Studies have shown that the scales are solely made of keratin, the same compound from which our fingernails and hair are made.

The behaviour of the pangolin makes it naturally more vulnerable to poachers than many other animals. All animals have their own unique way of defending themselves when threatened, and pangolins are no exception. Their defence strategy is to roll up into a ball, presenting a robust shield made up of their scales. Whilst this strategy works well when facing natural predators, such as tigers and leopards, it makes them an easy target for poachers who can simply pick them up and put them in a bag.

The remaining wild populations of pangolins are declining at an alarming rate. All species of pangolins are listed as ‘Critically Endangered’, ‘Endangered’ or ‘Vulnerable’ on the IUCN Red List, and all are listed under CITES Appendix I, the highest level of protection afforded by this international treaty for the protection of endangered species. There is an urgent need to conserve the remaining wild pangolins as they play an important role in controlling ant and termite populations in natural ecosystems and in providing food for larger predators.

To further enhance the conservation of the local Chinese Pangolins, the Agriculture, Fisheries & Conservation Department (AFCD) of the HKSAR Government, with input from local experts, has led the development of a “Chinese Pangolin Species Action Plan 2019 - 2024”. This important document will help to guide all future scientific studies and conservation strategies for the local Pangolins.

KFBG is one of the parties and has taken part in Action 5 (To study the feeding ecology of wild Chinese
Pangolins), Action 6 (To develop a rescue, rehabilitation, release and post-release monitoring protocol)  and Action 10 (To promote pangolin conservation through awareness raising). 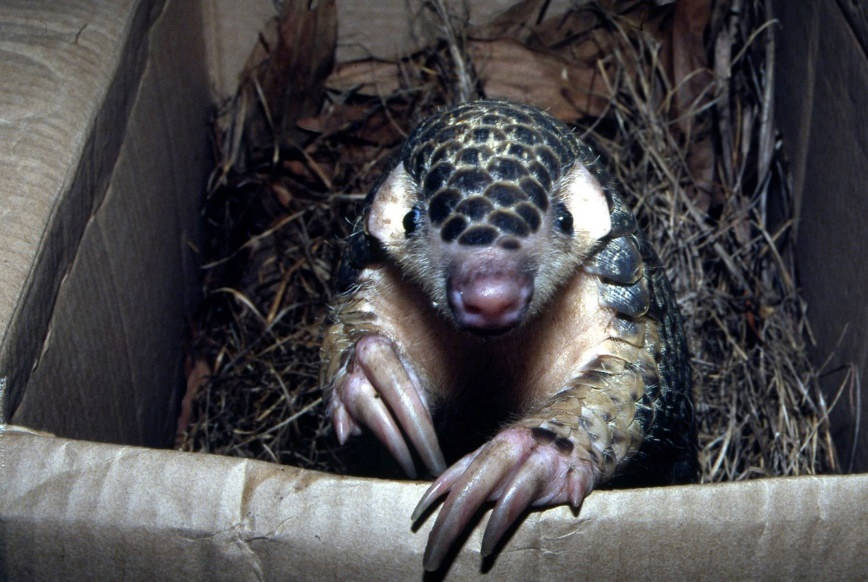 As of April 2020, KFBG Wild Animal Rescue Centre had received 13 wild Chinese Pangolins since 1994 all were discovered sick or injured in Hong Kong. A professional rescue team takes care of them after arrival at KFBG prior to releasing the pangolins back to the wild when they have recovered from their injuries. Since 2000, over one-third of pangolins admitted to the Rescue Centre had been identified as victims of dog attacks.

The role of genetic analysis

New forensic tools, such as DNA barcoding, have proven to be remarkably useful in studying the illegal pangolin trade, as they can be used to identify the species and geographical origin of pangolin scales. This information can be used to assess the level of threat faced by each of the different pangolin species in different regions. Although all eight pangolin species are protected, some face a more immediate threat than others. For example, the Sunda pangolin (Manis javanica) is the most widespread and most commonly traded pangolin in Asia, and is listed as Critically Endangered on the IUCN Red List.

Implementing DNA barcoding in trade hubs is one way in which law enforcement can be supported. Seizure data analysis has helped identify an average of 27 new trade routes each year, but the exact origin is not clear. This indicates a highly changeable trade network, with poachers often switching methods to avoid detection. By identifying hotspots of pangolin poaching and trafficking, law enforcement agencies and prosecutors can focus their efforts and apply more direct pressure on the poachers. 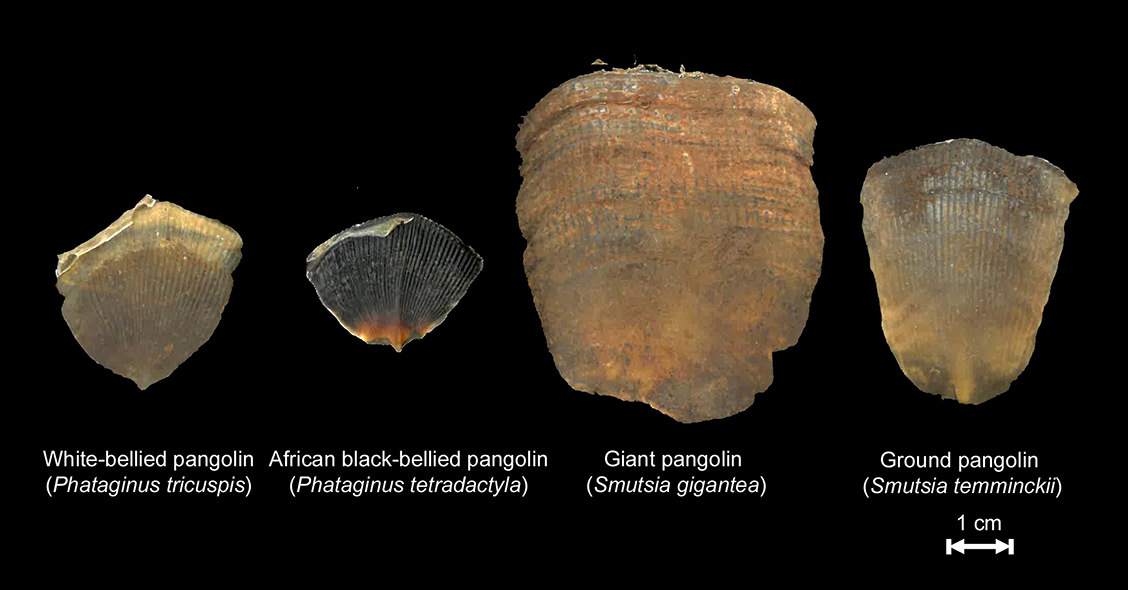 KFBG has established an ongoing working relationship with the Agricultural, Fisheries and Conservation Department (AFCD) of the Hong Kong SAR Government for the sampling and archiving of pangolin scales from customs seizures. Our Conservation Genetics Laboratory carried out DNA analysis of confiscated pangolin scales from Southeast Asia in 2012 and 2013, with the resulting data suggesting that the majority of samples belong to the Sunda pangolin. Furthermore, we found that the pangolins had been collected from a wide range of locations across Southeast Asia.

IWT is complex and dynamic, with traders periodically switching species and trade routes. In the past, scales mostly came from Asian pangolins. However, recent analyses have shown that they are increasingly being sourced from Africa. Since trafficking over greater distances from Africa to Asia is less economical, this situation almost certainly reflects the fact that Asian pangolins are becoming harder to find.

The growing body of data confirms that some species are becoming incredibly rare and even suggests that as yet unrecognised species are being poached. Experts believe there is a risk that these animals could become extinct before they are officially described. 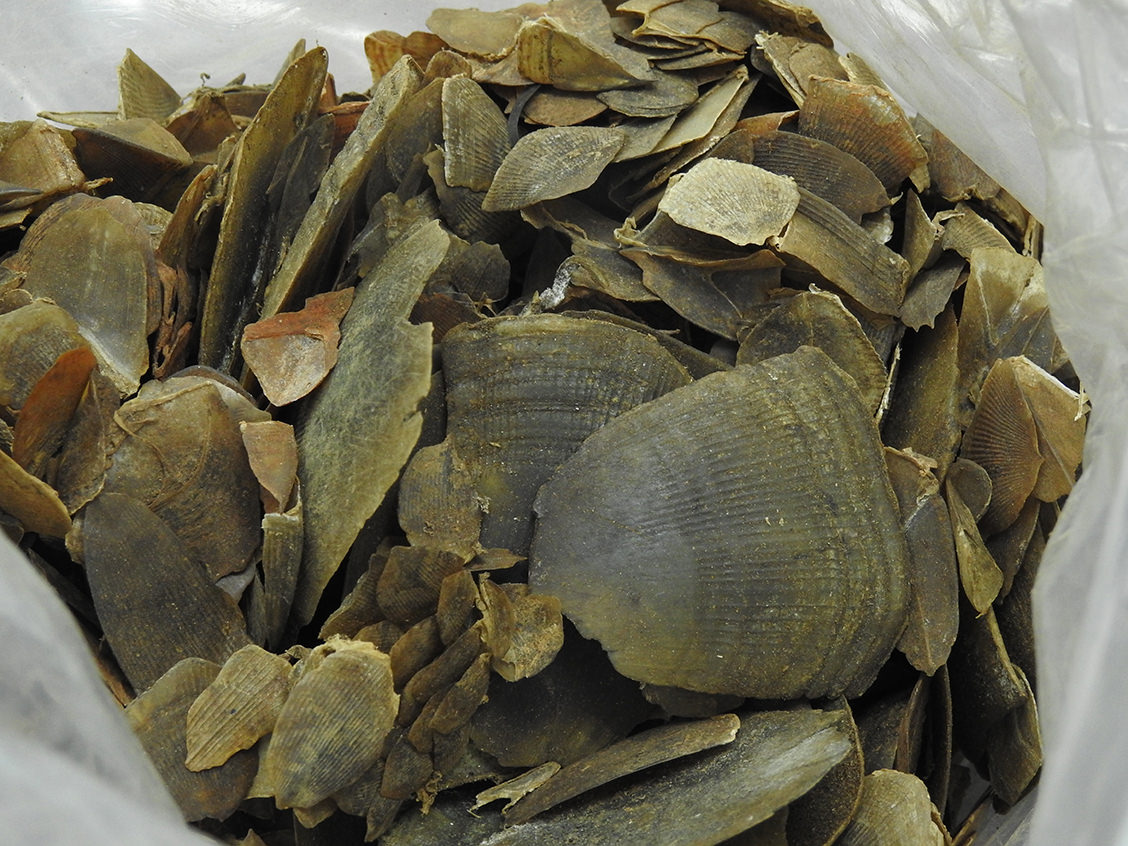 Our ongoing work aims to investigate the DNA of seized pangolin scales from Africa. Preliminary results show that all four African pangolin species can be found among Hong Kong seizures, and that the tree pangolin (Phataginus tricuspis) is the most commonly traded. We also identify the origin of pangolin seizures and highlight key poaching regions. The DNA data indicate hunting and poaching for pangolins is widespread throughout their range, and western central Africa is the major source region for the illegal trade. By confirming the sources and trade routes involved can resources be appropriately deployed. Effective measures might include stricter laws and tighter regulation to help conserve remaining pangolin populations.

The importance of raising public awareness

In addition to targeting poachers, an alternative way of disrupting IWT may be to reduce demand among consumers. To this end, it is important that awareness is raised surrounding the false claims made of the scales’ supposed health benefits. The public should also be informed about the devastating impact that poaching and trade has on pangolins. Simply put, if people are aware that the scales provide no health benefit, they will be much less likely to buy them.

Additionally, it is imperative to ensure prosecutors and law enforcement officers are aware of the significance and prevalence of the illegal pangolin trade, both globally and here in the South China region. Customs officers should be appropriately trained in order to boost their ability to detect and intercept shipments.

Fauna Conservation staff have been working with the IUCN Pangolin Specialist Group to develop ID guides and first responder guidelines for frontline enforcement officers who have to deal with the discovery of illegally trafficked pangolins which then require urgent veterinary and husbandry care. 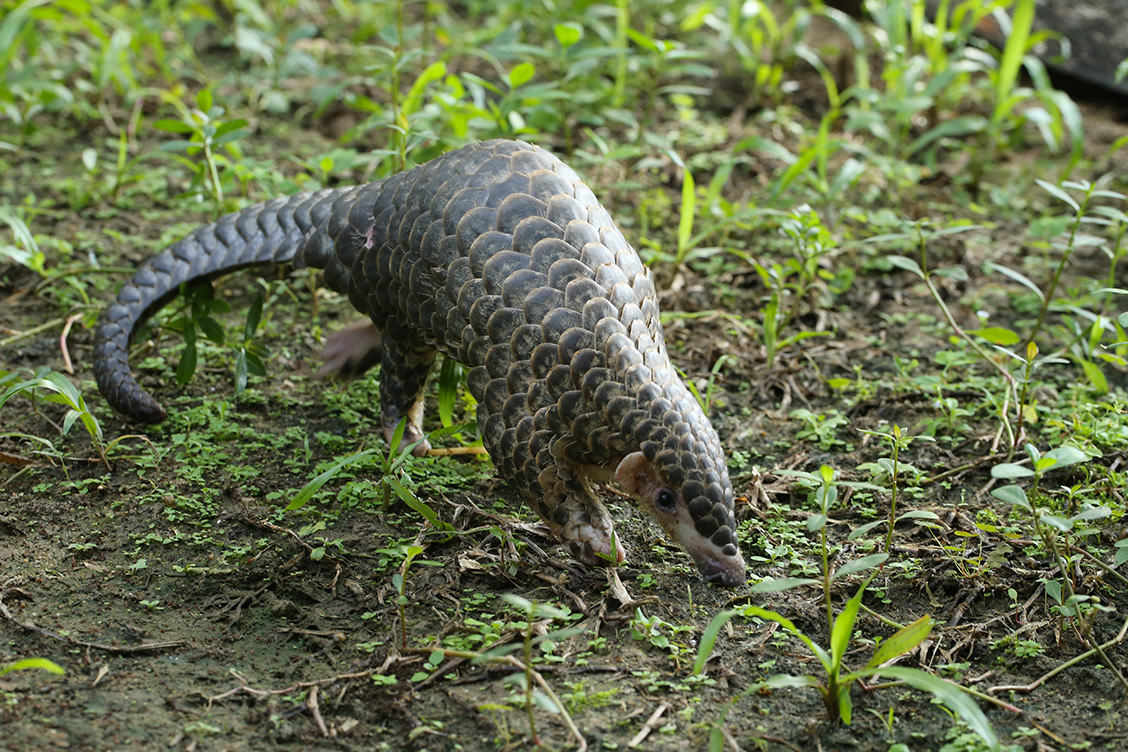