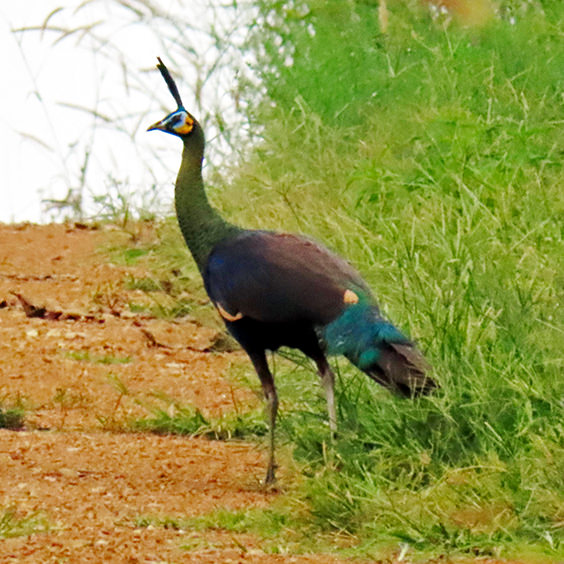 As one of the most iconic birds in Asia, the large and majestic Green Peafowl was once widely distributed across northeast India, Bangladesh, China, mainland Southeast Asia and Java of Indonesia. However, owing to extensive habitat loss and rampant poaching, the species’ population shrank dramatically and became severely fragmented in the past few decades. Populations from India, Bangladesh, Malaysia are even believed to be extinct. Green Peafowls are not out of harm’s way yet. They still face a major threat of hunting for the illegal wildlife trade, and conservation actions are urgently needed for their long-term survival.

The Eastern Plains Landscape of Cambodia shelters one of the largest wild population of Green Peafowl in the world, making it a globally important site for the species’ conservation. In 2017, the Kadoorie Conservation China Department (KCC) was invited by the Hainan Provincial Department of Agriculture to help conserve the biodiversity of a 13,000-hectare Chinese-owned Economic Land Concession in Kratie Province of eastern Cambodia.

Our surveys did not only reveal that the site is home to a healthy breeding population of Green Peafowl, but also indicated that illegal logging and poaching are rampant. To combat these illegal activities and safeguard threatened wildlife and their habitat, we worked with our local partner to establish a forest patrol team to conduct regular anti-poaching and anti-logging patrols. We also provide training and equipment to the team, and carry out outreach campaigns in local communities to raise awareness of the importance of biodiversity conservation.