Laws and regulations on Shark Fin Trade in Hong Kong

The shark fin trade has been around for centuries. Hong Kong is the largest trading hub between China and other countries across the world, and accounts for about 50 percent of the global shark fin trade (Shea & To, 2017). In order to reduce the number of fins imported/exported, some airlines have instated a ‘No Shark Fin Carriage Policy”, in the hope to have a better control of the shark fin market.

Other regulations on the international shark fin trade have been imposed by the Convention on International Trade in Endangered Species of Wild Fauna and Flora (CITES), where twelve species have been listed under Appendix II. This means that trade of these species is controlled to ensure it is sustainable, traceable, and legal. However, one of the major issues with importing shark fins is that it can be very difficult to identify the species of shark from just the fins – even for highly trained experts. Due to the large volume of shark fins imported into Hong Kong each day, it is impossible to observe and identify each fin, as this would take a huge amount of time and man power (Fields et al, 2017).

KFBG has been working in collaboration with Stony Brook University in New York to examine the shark fin trade in Hong Kong. A couple of districts (Sheung Wan and Sai Ying Pun) in Hong Kong are well-known for their supply of dried seafood, where imported fins are sold in many shops. This presents the opportunity to assess the species composition of internationally imported shark fins.

The study sampled over 500 bags of fin trimmings, purchased from a randomised selection of 334 shops in Sheung Wan and Sai Ying Pun over 4 years (Fields et al, 2017, Cardeñosa et al, 2018). Fin trimmings were used, to avoid the high price of whole fins, and allow more sharks to be sampled.

It was found that at least 76 species were present in the international fin trade, and one-third of the species recorded were listed in threatened categories by the IUCN.

As for most coastal sharks and batoids, there is a lack of sustainably managed fisheries suppling fins to Hong Kong (Fields et al, 2017).

DNA barcoding shows that hammerheads, silky, threshers, and oceanic whitetip sharks all contributed a substantial proportion of collected samples in both the current survey, and a survey from 1999-2000 in Hong Kong (Fields et al, 2017). These species are listed as either globally or regionally endangered or vulnerable under IUCN in the last 15 years, indicating that people are still harvesting large numbers of endangered species. 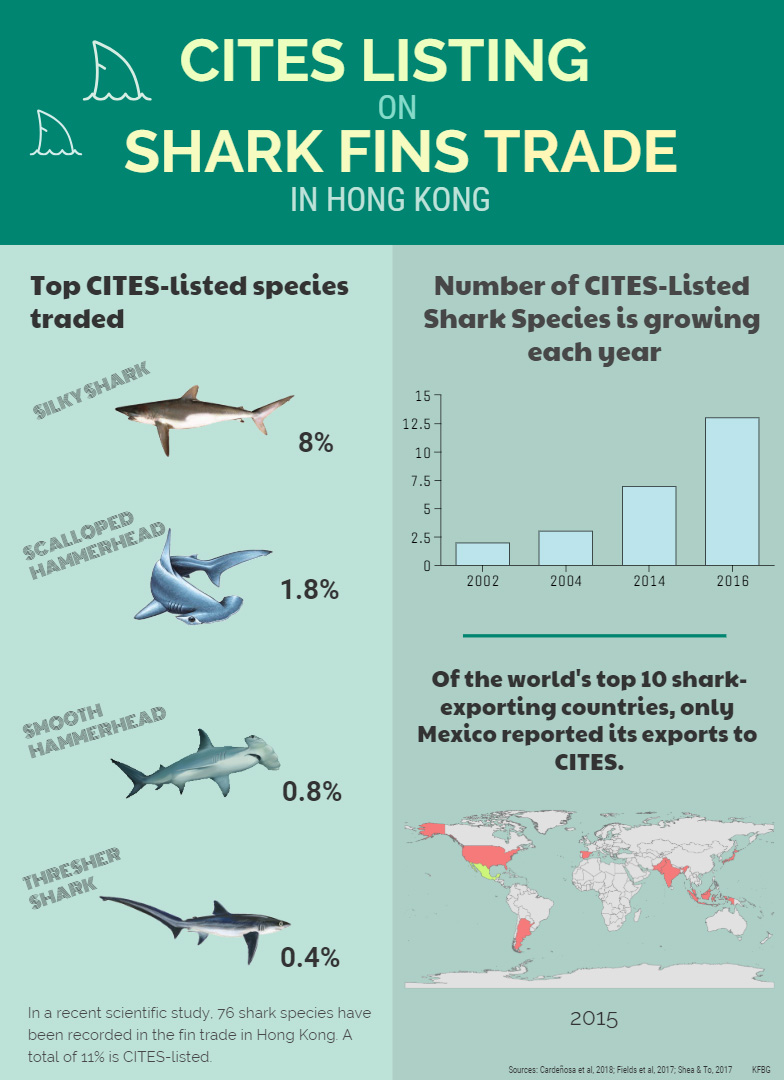 Pictures from behind the scenes 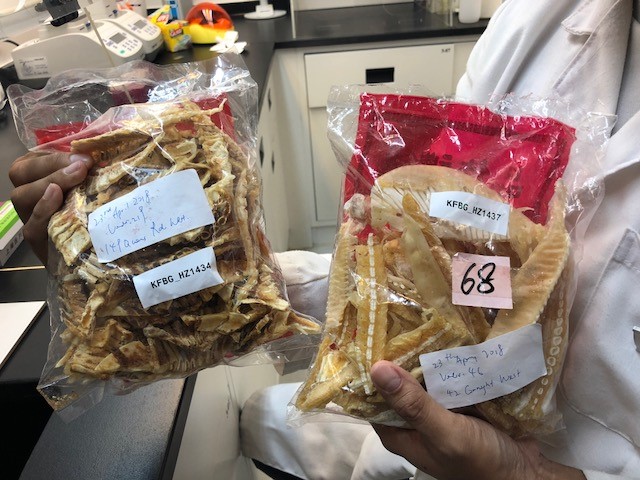 Preparing samples in our genetic laboratory 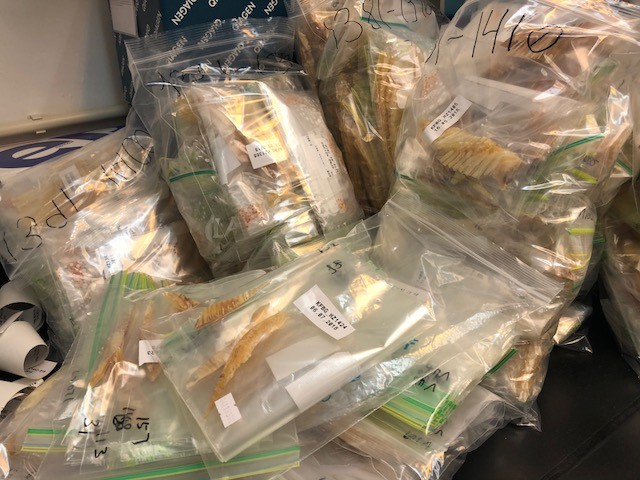 Processed samples are put into bags for storage 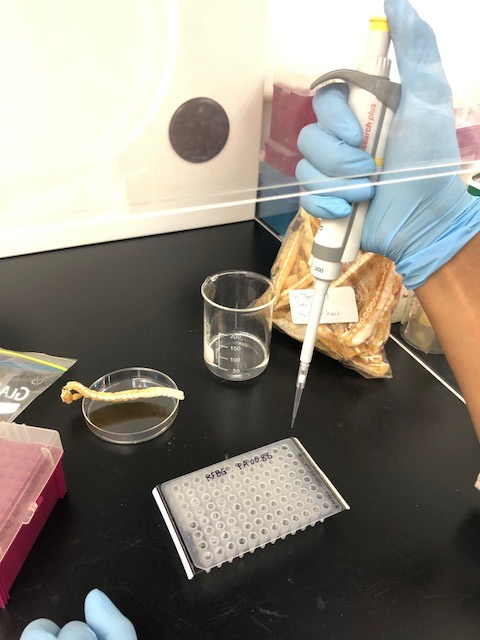 The information gathered in this study supports the idea that there is an urgent need for stricter protection and trade regulation for some of the highly vulnerable species before they go extinct. "But listing them is just the first step. Our study highlights that countries fishing, trading, and consuming shark products all have a lot of implementation work to do" said Demian Chapman from Florida International University. It is important that laws and regulations are implemented and enforced correctly, in order to put pressure on the prevalent unreported illegal trade.

Results identified that it is important to improve inspection efficiency so that popular trading countries, such as Hong Kong, can work towards the regulations of CITES (Cardeñosa et al, 2018).  "I am hopeful that with increased investment, and time, CITES regulations will be fully implemented for these threatened sharks", said Cardeñosa, the lead author of the study.  Another area for improvement is to educate global fishermen and the general public about CITES, and endangered species. We hope that fishing activities could be done consciously and sustainably.

The continued monitoring of key species in fin trimmings is crucial, as it can be used to assess the efficacy of management measures and anticipate emerging threats (Cardeñosa et al, 2018). DNA forensic tools are proven to be extremely effective for detecting and monitoring illegal shark trade.  KFBG and collaborators are actively involved in developing more useful DNA forensic tools, in order to gather more information on current shark fin trades.